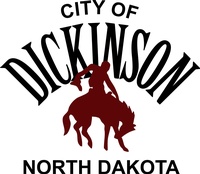 Dickinson, North Dakota, gateway to Theodore Roosevelt National Park and home to Dickinson State University, is a home rule city that services a population of 25,000-30,000. Dickinson is centrally located in southwestern North Dakota, the midpoint between Fargo, North Dakota and Billings, Montana. We are also located less than an hour’s drive from Lake Sakakawea, the largest of the mainstream reservoirs on the Missouri river, which is a wonderful fishing and recreation resource.

Due to this strategic location, and the resulting regional social and economic influence, it was known for decades by the nickname “Queen City of the Prairies.” This nickname was used as early as 1906, and legend has it that it was selected through a contest sponsored by the Dickinson Press. The Dickinson Commercial Club (now the Dickinson Area Chamber of Commerce) published a variety of material promoting Dickinson as the Queen City, especially in the early 1900s when they were lobbying hard to acquire a state college (now Dickinson State University). While other stories exist to explain the nickname, most of them have been discredited through research. Many regional commerce centers throughout the United States and Canada promote themselves as their region’s Queen City due to the positive imagery of a nurturing woman and the association with a lush and bountiful region. As Dickinson is also the gateway to the great American West, Medora, and Theodore Roosevelt National Park, it has also been branded by its modern nickname: “The Western Edge.”